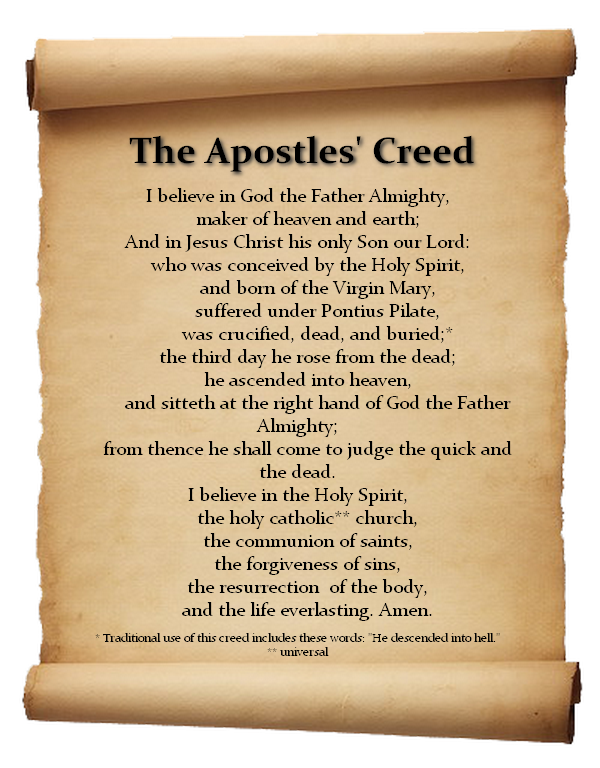 I believe in God, the Father Almighty,
Maker of heaven and earth.

And in Jesus Christ, His only Son, our Lord,
who was conceived by the Holy Spirit,
born of the virgin Mary,
suffered under Pontius Pilate,
was crucified, died and was buried.
He descended into hell.
On the third day He rose again from the dead.
He ascended into heaven
and sits at the right hand of God the Father Almighty.
From thence He will come to judge the living and the dead.

I believe in the Holy Spirit,
the holy Christian Church,
the communion of saints,
the forgiveness of sins,
the resurrection of the body,
and the life everlasting. Amen.

The origins of the Apostles’ Creed are uncertain. It appears to have been mentioned first around 390 A.D. and to have evolved from various earlier statements of belief. Its present form may not have been determined until the 17th century. Of course, the current English translation does reflect modern English usage.

It should be noted that the Apostles’ Creed is the creed featured in Luther’s Small Catechism.